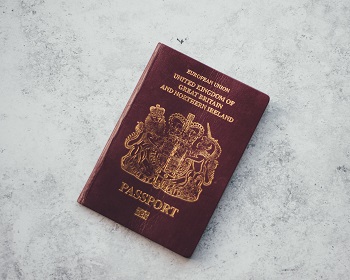 The headline in the Daily Telegraph on October 12th 2019 says “Voters will have to show ID before casting their ballot to prevent electoral fraud, Government to announce”. The article goes on to assert that the proposal will be unveiled in the Queen’s Speech and is targeting electoral fraud.

There are two very large concerns with this idea: that there is electoral fraud that needs to be combatted, and that photo IDs are held by all members of the electorate.

The first of these points may seem unimportant since if there is no fraud, it would not matter if we introduced a requirement for voters to present some form of ID, while if there is fraud it might find a way of addressing it. But what is actually going on here is an undermining of the results of all of our ballots. What we are being told is that when we don’t like the result of an election it is OK to claim that it was influenced by fraud. In other words, that none of our representatives can claim to be legitimately elected because it is possible (even probable) that the vote was rigged. This whole topic severely and significantly undermines the trust we put in the whole electoral process and the results it generates.

Yet there is no evidence of fraud. Of course, it is hard to prove the non-existence of something, but we can observe that in the 2017 election when 44.6 million votes were case, there was just one conviction for voter fraud. So, are the concerns legitimate? Is our Government panicking unnecessarily? Is there another agenda?

The second issue, however, should be more concerning. The Electoral Reform Society (no slouches when it comes to proposing new ways for our democracy to function) is speaking out strongly against the use of voter ID. On their dedicated web page at https://www.electoral-reform.org.uk/campaigns/upgrading-our-democracy/voter-id/ they note that 3.5 million citizens (and they mean of voting age) do not have any photo ID, and that number rises to 11 million when you restrict the IDs to government-issued official documents like driving licenses and passports. The immediate introduction of a requirement to possess a photo ID in order to vote has the potential to disenfranchise a very large proportion of the electorate.

So, what is going on here? We could make claims that the ruling party has spotted a correlation between voting intentions and photo IDs. It might be the case, for example, that richer people are more likely to have photo IDs and are also more likely to vote for a particular party. But I suspect that is only part of the story. This looks much more like another attempt to introduce the national identity card. Compulsory cards having been soundly defeated, the problem that this new requirement for photo IDs introduces would be met with a voluntary scheme of a new identity card (presumably for a fee). After the new card has been running for a few years, it would be easy to step it up to becoming mandatory.

Is this all pessimistic fear-mongering? Is there nothing to worry about? Well, to answer that you have to ask what problem is being solved? Where is the evidence that there is a problem? Why is the Government actually making this proposal at this time?